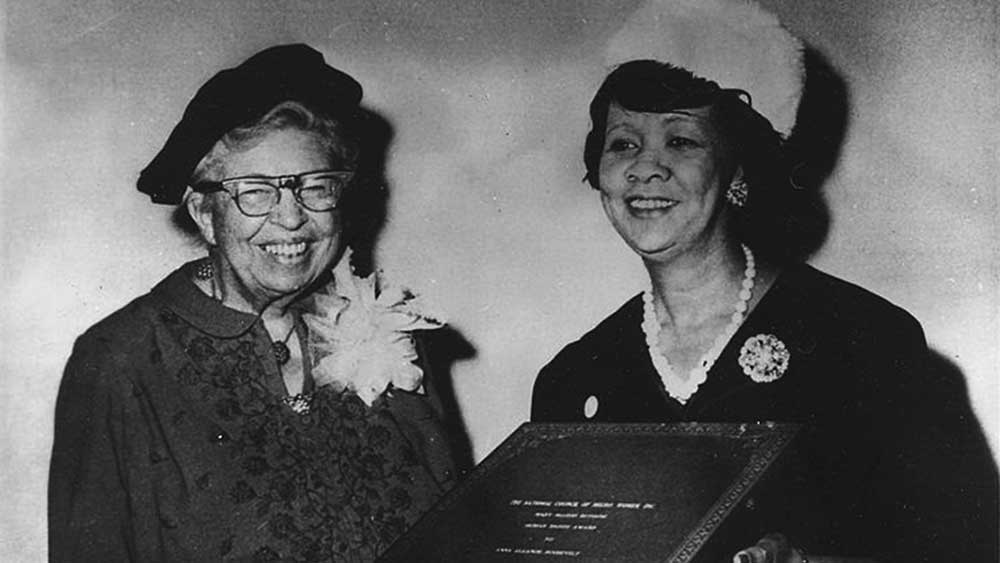 Dorothy Height Put The Cause Of Civil Rights Before Herself

When Dorothy Height died at age 98 in 2010, her New York Times obituary called her “an unsung heroine” of the civil rights era.

While counseling presidents from Dwight Eisenhower to Barack Obama on improving the lives of blacks and women, Height:

Led the integration of the Young Women’s Christian Association in the 1940s.

Served as president of the National Council of Negro Women, a nonprofit organization dedicated to advancing opportunities, from 1957 to 1998.

Helped found the Women’s Political Caucus, a grass-roots organization started to increase women’s participation in the political process, in 1971.

“She believed that you don’t empower people. You change the structures so that people can empower themselves,” Donte Hilliard, the YWCA director of mission impact, told IBD.

Height was so influential at the highest level, Bill Clinton gave her the Presidential Medal of Freedom and George W. Bush presented her the Congressional Gold Medal in 2004.

How did she persevere in the civil rights movement? “You will accomplish a great deal if you do not worry about who will get the credit,” she wrote in her 2003 memoir, “Open Wide the Freedom Gates.”

At her funeral, President Obama agreed she had done just that: “What she cared about was the cause. The cause of justice, the cause of equality, the cause of opportunity, freedom’s cause.”

Height was born in Richmond, Va., in 1912, among six older siblings.

When Height was 4, the family moved to the mining town of Rankin, Pa., in search of greater opportunity. Height excelled in school and assumed leadership positions such as running for student government and teaching music lessons.

In her senior year of high school, Height landed a college scholarship in an oratory contest. She winningly spoke on the Constitution’s 13th, 14th and 15th Amendments, which blocked attempts by areas of the country to perpetuate slavery in other forms after the Civil War. She planned to use the scholarship to attend Barnard College in New York City.

Upon arriving there in the summer of 1929, her path hit a bump: Barnard rescinded her acceptance upon realizing it had already accepted its quota of two black students for the year.

Not about to give up, Height rushed downtown to New York University, where her high school report card earned her an on-the-spot acceptance.

Four years later, Height had a bachelor’s degree in education. By doubling up on her course load, she stretched her scholarship money an extra year to attend graduate school and received a master’s in psychology.

Height stayed in New York to start her career as a case worker with the Welfare Administration. She quickly rose up the ranks to personnel supervisor. Simultaneously, she volunteered in the Christian Youth Movement and National Youth Congress, using her vacation time to travel with these organizations and see the struggles of young people throughout the world.

In 1937, she accepted a position at the Harlem branch of the YWCA, beginning a 40-year career with the organization. She transferred to Washington, D.C., and helped create the Lucy Diggs Slowe Hall that would house black women working amid America’s World War II effort.

Height returned to New York, and in 1944 she became the YWCA’s secretary for interracial education and was instrumental in integrating the outfit two years later.

Also in 1937, Height met Mary McLeod Bethune, the educator and member of the Federal Council of Negro Affairs, also called the Black Cabinet since it had the ear of President Franklin Roosevelt. Bethune had started the National Council of Negro Women (NCNW) two years earlier by bringing together representatives of 28 organizations that sought to improve black women’s lives.

Height volunteered at an NCNW meeting attended by Eleanor Roosevelt and was assigned to greet the first lady. Observing Height’s grace and intelligence, Bethune told her, “We need you at the NCNW.”

That was Height’s cue to work weekends and evenings on NCNW initiatives. She became its president in 1957, two years after Bethune’s death, and remained devoted to the organization.

In 1963, Height became the first woman on the Council for United Civil Rights Leadership (CUCRL). The group was initiated by Stephen Currier, president of the Taconic Foundation, a now-defunct organization focused on equal opportunity. Currier worked to bring corporate and private philanthropy to the civil rights movement. The six-member council met regularly to gain insight into each other’s work and disperse funds to their outfits.

At the meetings, Height “spoke sparingly, but effectively, and with clarity and conviction,” wrote James Farmer, co-founder of the Congress of Racial Equality, in his 1985 memoir, “Lay Bare the Heart.” “Women were everywhere in the movement. Yet most of the bows were taken by men. Dorothy Height’s presence at CUCRL helped to change that.”

The council was the outfit that organized the historic March on Washington. On Aug. 28, 1963, thousands gathered on the Mall to hear the leading lights of the civil rights movement, particularly Martin Luther King Jr.

Height sat on the platform a few feet from King as he delivered his seminal “I Have a Dream” speech.

Despite her decades as an activist, executive and orator, she had not been invited to speak, nor had any other woman in the movement.

Doing Something About It

The day after the March on Washington, Height organized a meeting to discuss the concerns of black women. They committed to showing the civil rights leaders that they must include women at the forefront.

Intersectionality, a tag for oppressive institutions’ connections, was credited to legal scholar Kimberle Crenshaw in the late 1980s. But Height had been dealing with it throughout the century. “She was intersectional before we even had that language,” said Hilliard.

Height continued on a course that reflected her name. She became director of the YWCA’s Center for Racial Justice in 1965, then in 1970 organized a conference for the YWCA’s black membership. This resulted in the National YWCA Convention adopting a high goal: “The elimination of racism wherever it exists and by any means necessary.”

In 1977, Height retired from the YWCA and became an honorary member of its national board.

She was hardly done. Though Height did not marry or have children, her extended family meant everything to her. In 1986, she led the National Council of Negro Women in creating the Black Family Reunion, a two-day festival in D.C. that celebrates American bonds.

One of Height’s proudest feats came in 1995 when she secured the purchase of the NCNW’s headquarters at 663 Pennsylvania Ave., the site of a former slave market in Washington. “I believe it was providential that we had the opportunity to claim that site and sustain upon it an active presence for freedom and justice,” she wrote in her memoir.

“She was someone who, if you were going to meet her, you just put on your sunscreen because you were going to bask in her brilliance,” Patricia Bath, a board member of the National Women’s History Project, told IBD.

Height shone amid the placement of the Martin Luther King Jr. Memorial. During one meeting, Bath relayed that the National Planning Commission had secured a spot behind the Lincoln Memorial. That set off Height, who said, “I don’t think Lincoln should turn his back on Dr. King.”

When the King statue was set in 2011, he was in the line of sight of the Lincoln and Thomas Jefferson memorials.

By then, Height had received an honorary doctorate from her would-be alma mater, Barnard College.

Into her 90s, Height voiced concern that newer generations didn’t know how hard earlier ones had fought to secure their rights. She gave many interviews to keep the cause in the spotlight. And in 2009, she was an honored guest at Obama’s inauguration.

The next year, she was admitted to the Howard University Hospital and died. The president and first lady Michelle Obama attended her funeral service at the Washington National Cathedral on April 29, 2010.

Of her role models Bethune and Eleanor Roosevelt, Height wrote: “Then, when they go, you discover that their strength has become part of you. … You discover how your own inner resources have been nurtured and strengthened because you lived so fully in the relationship. You feel blessed and challenged to prove worthy of their trust.”

Fought for equal rights for blacks and women.

Lesson: Never give up.

“Take your task seriously and yourself more lightly.”