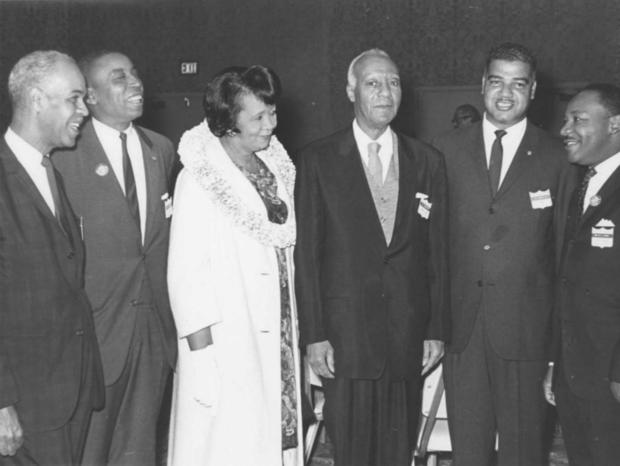 CBS News on Dr. Height’s role in the 1963 March on Washington.

CBSNews.com recently featured Dr. Height in a news article highlighting her many contributions to the civil rights movement. Below is an excerpt from the article and the featured video about the women behind the 1963 March on Washington.

The microphone at the March on Washington was dominated by men. But it might never have happened without Dorothy Height.

The March on Washington on August 28, 1963, is one of the most transformative moments in civil rights history.

History often remembers the speeches of the men involved — Martin Luther King Jr.’s iconic “I Have a Dream,” and a young John Lewis addressing the crowd come easily to mind.

But on that momentous day, the women who were the unsung heroes of making the march happen — the leaders, visionaries, organizers, and ordinary foot soldiers — were denied any of the spotlight.

One of those women was Dorothy Height, known as “the godmother of the civil rights movement,” who played a played a key role in organizing the march.

“I think there were so many things that women did that not only supported — but were active elements in — the success of the civil rights movement,” Height told CBS News in 2003.