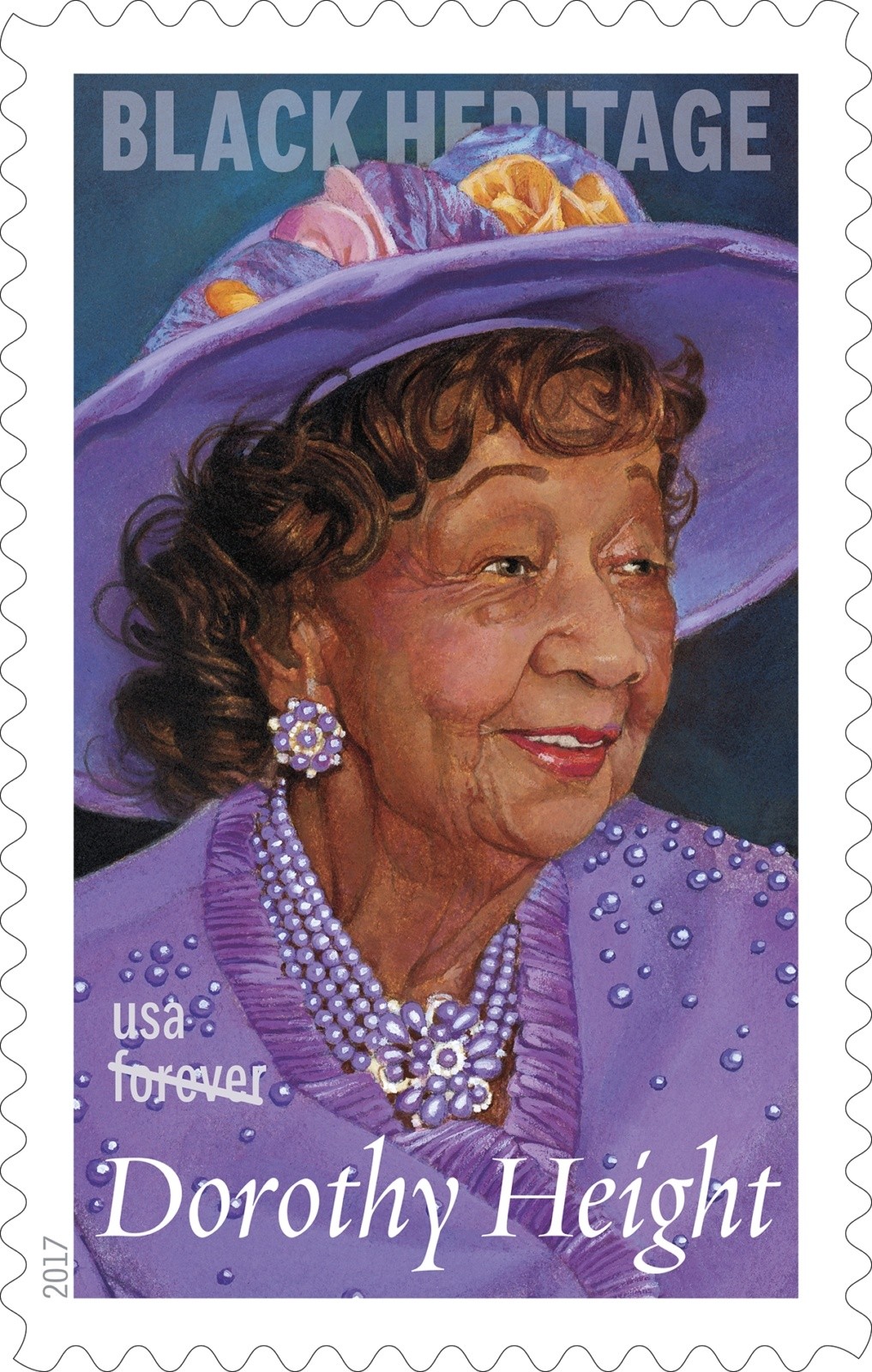 On February 1, 2017, the Postal Service™ released its 40th stamp of the Black Heritage series featuring Dorothy Height. The stamp unveiling was held at Howard University in Washington D.C. celebrating African-American History Month. Although rarely gaining the recognition granted to her male contemporaries, she became one of the most influential civil rights leaders of the 20th century.

Artist Thomas Blackshear II created the stamp using gouache and acrylics based on a 2009 photograph taken by Lateef Mangum.

With this stamp, Height joins other women who have been celebrated with stamps such as Harriet Tubman (first of the Black Heritage series in 1978), Bessie Coleman in 1995 and Maya Angelou in 2015.

Service and Advocacy on behalf of African-American Women

Dorothy Height was born in Richmond, Virginia on March 24, 1912. She attended New York University and earned her bachelor and master’s degrees in four years. Her postgraduate work was completed at Columbia University and the New York School of Social Work.Height’s civil rights advocacy began to emerge in 1933. In 1937, educator and political leader Dr. Mary McLeod Bethune (1875 – 1955) invited her to join the National Council of Negro Women (NCNW) to help lead, develop, and advocate for women of African descent. Height became President of NCNW in 1957 and served for 41 years.

NCNW Southern California area club members are proud of the Dorothy Height Stamp.“We were ecstatic to learn about the stamp!” said NCNW SoCal Co-Convener Dr. Helena Johnson. “It is a tribute to her that we are still here and we are still moving forward.”“She was a very decisive businesswoman who didn’t go outside protocol in order to get things done. And she was very good about getting people to work with her,” Johnson recalled.

The Dorothy Height stamp is available at Post Office™ locations and online at The Postal Store®. This Forever stamp will always be equal in value to the current First-Class Mail® one-ounce price.

The 2016 Black Heritage Series stamp commemorating Richard Allen is also available online. Also, be sure to check out the stamps honoring Sarah Vaughan, one of America’s great singers, and Jimi Hendrix, from the Music Icons® series.

The Postal Service receives no tax dollars for operating expenses and relies on the sale of postage, products and services to fund its operations.