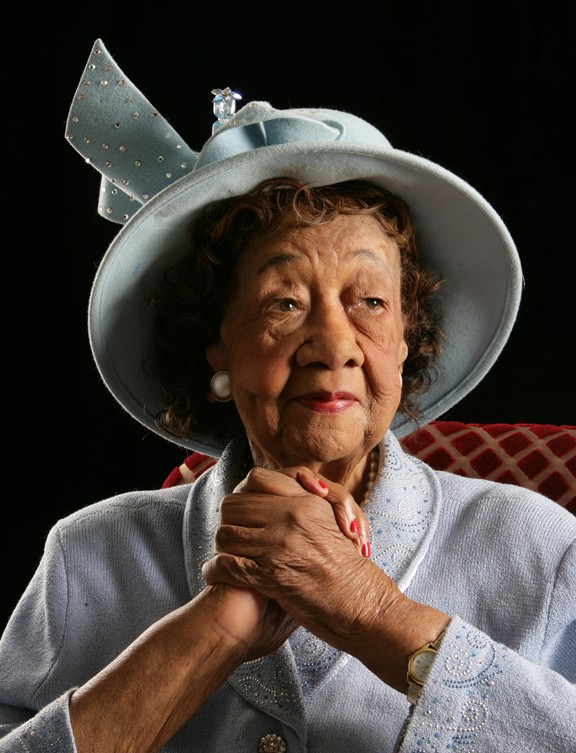 DAYTON, OH.-The Dayton Art Institute is presenting the first of the museum’s centennial Focus Exhibitions, Dorothy Height’s Hats, on view from March 23 through June 23. The DAI is presenting this exhibition, with all hats on loan from the Dorothy I. Height Education Foundation.

Dorothy Height’s Hats features hats worn by Dr. Dorothy Irene Height (1912–2010), an author and icon of civil rights who was known for her leadership, courage, determination, and hats! This exhibition explores the life of Dr. Height by bringing together 43 of her favorite and most iconic hats.

“It is an honor to present these beautiful hats that belonged to Dr. Height, someone who was such an important figure in the fight for equal rights for all,” states Jerry N. Smith, DAI Chief Curator. “The hats, many made by top designers, are like sculptures in fabric and can be enjoyed as such. However, knowing who wore them makes each that much more significant.”

Dr. Height was an activist in the struggles for equality and was given the name “Godmother of the Civil Rights Movement” by President Barack Obama. Hats, often called “crowns” by the African-American community, became a symbol of Dr. Height’s personality. She helped organize the 1963 March on Washington, where Dr. Martin Luther King Jr. gave his famous “I Have a Dream” speech. Dr. Height also served as the president of the National Council of Negro Women for 40 years and had notable involvement with national organizations such as the YWCA and the Delta Sigma Theta sorority.

She has been recognized by many groups and world leaders, and received 36 honorary doctorate degrees, the Presidential Medal of Freedom (1994) and the Congressional Gold Medal (2004). She was memorialized on the 40th U.S. Forever Postage Stamp in the Black Heritage series, in 2017.

Admission to Dorothy Height’s Hats is included in the museum’s suggested general admission.

In conjunction with the focus exhibition, the museum will host a special presentation by Dr. Johnnetta B. Cole, the current National Chair and Seventh President of the National Council of Negro Women. She is also a member of Delta Sigma Theta Sorority. Join us for this talk on Sunday, March 31, from 3 to 5 p.m. in the Mimi and Stuart Rose Auditorium. Please wear a hat in honor and celebration of Dr. Dorothy Height. Seating is limited for Dr. Cole’s talk on March 31 and advance ticket purchase is recommended. Tickets for her talk are $25 for members and $35 for non-members.